2012 is a year of protests worldwide, and against the closed minds of most of the politicians and big corporations direction staffs, arts and creativity are alternatives themselves. Then puppets have much to say —as they have always done. A group of artists from Haida Gwaii (or Queen Alberta Islands, in British Columbia, Canada), Jaalen Edenshaw, Jason Alsop, and Gwaii Edenshaw have recently made a stop-motion film directed by Ken Leslie that can be seen in YouTube. The reason is Haida Gwaii, ‘the land of the peeple’, is threatened by the building of a giant pipeline and the arrival of oil tankers. The short films is about two brothers who take matters into their own hands to find a solution —not easy when the Prime Minister of Canada, Stephen Harper, has ignored the environmental warnings against the Enbridge’s Northern Gateway Pipeline project and the file sent by the Haisla Nation outlining their opposition to it. So they sing their protest to the world and end up getting some supernatural help from the mythical Raven.

Besides the reality of the protest, these puppets are pretty original, as they are based on Pacific Coast nations traditional arts. Indeed, the videoclip is a  fantastic mix of tradition and modernity. 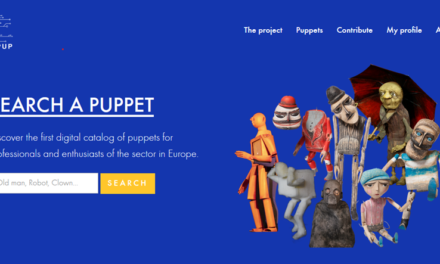