To talk about Istanbul Puppet Festival is to talk about Cengiz Özek, its artistic director. Sixteen years of thinking about the city from the perspective of the puppets, and thinking about puppets looking at them through Istanbul. It was a coincidence that the first show that I saw today was “The Magic Tree” by Cengiz Özek, and because I already know the show very well, I asked to see it from back stage. I must also confess that I had already seen it from behind, but if it’s always a pleasure to watch as the Karagöz shadow act, it is even more fun and exciting to see the Cengiz Özek interprettion while manipulating the silhouettes, with the rhythmic and musical help of Stefan Carelius. 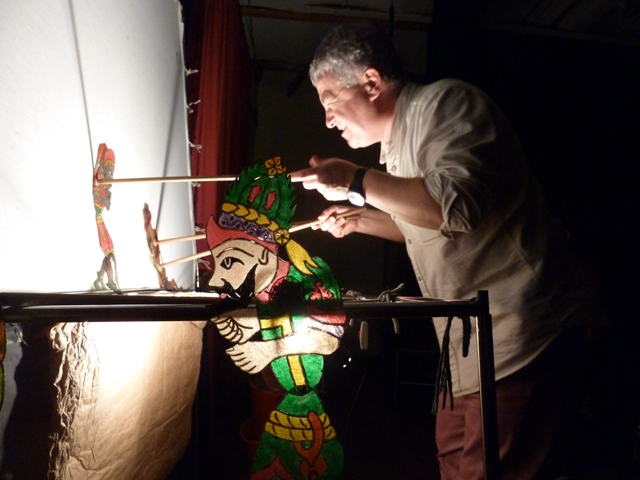 Thus, in the back stage of the Istanbul Greek School called Zapyon Lisesi, just beside Taksim Square, some photographers, among whom was the American journalist Lois Parshley- and myself, we could see the double show of Cengiz Özek shadow theater. Fascinating, interesting and always fanny thing! 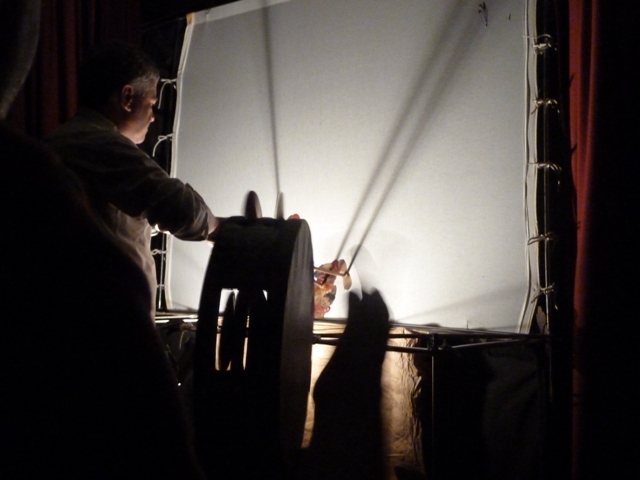 Stefan Carelius playing the tambourine in the dark

After chating with Cengiz in the afternoon, I learned of his project to create a theatre-museum in Istanbul entirely devoted to Karagöz. For this, he is thinking about empty municipalities buildings from the Byzantine period located on the edge of the Golden Horn. His idea is to have the theater in the basement, a café, a shop and a permanently open work-shop on the ground floor, the museum dedicted only to Karagöz at the first and second floor, and some special rooms for temporary exhibitions. He has created a new Fondation, called Istanbul Karagöz Puppet Fondation, which will be the responsable of the project. I think the idea is so well planned, that Cengiz certainly will achieve his goal. Time to time… 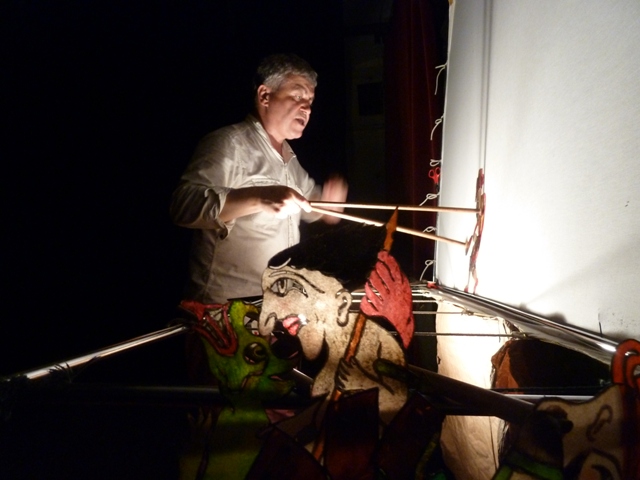 I have to say it has also been a great pleasure to find myself in the middle of Istiklal Street. Well, not exactly myself, but a picture of me belonging to a exhibition that is made in the street of some of the black and white photos by Mauro Foli. Amazing! 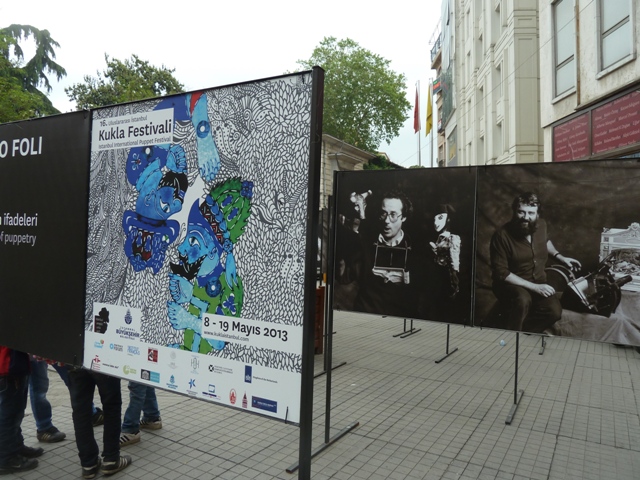 It also has been a pleasure to meet Jordi Bertran with Paulette St. Martin in Istanbul. His show Antolhogy had a really big succees in the Festival. Congratulations!

Here are some pictures from this nice day. 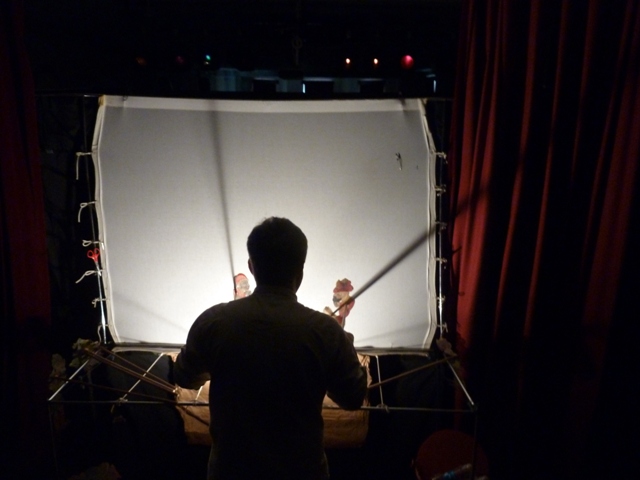