Bornet, the puppet of the Born, has decided to begin the year with an old friend of his, Mr. Punch from London. Punch and Judy will be at Sala Moragas in the Born Cultural Centre on 4th and 5th January 2014, presented by the Professor of Punch and Judy Martin Bridle, one of the most highly considered English practitioners of the art. Martin Bridle’s Punch, rather than insisting on the character’s violent side (though it doesn’t disappear completely) uses it in the rhythmic and musical aspects of puppet manipulation. Punch is thus ‘humanised’ and becomes more accessible to audiences of today and of all ages. 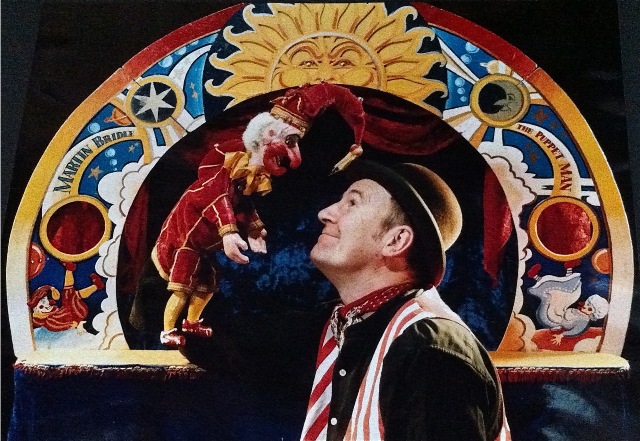 It is well known that the English puppet is a son of London, from the end of the eighteenth century and through the nineteenth, when the capital of Great Britain was bubbling with activity, at the height of the Empire and in the midst of the Industrial Revolution. Punch grew and established himself as an irrepressible picaresque figure of strong character. In the streets of London where ordinary people lived, many extravagant personalities struggled to survive. Punch was one of them when, at the beginning of the nineteenth century, he acquired his present form as a glove puppet. What distinguishes Punch from the other European puppets of Europe who are descended from the Commedia dell’Arte figure Policinella, is that unlike most of them, who over the years became diluted and sweetened until they almost disappeared, he has endured undaunted: the story, the gags and the characters are the same as two hundred years ago! In May of 2012 the 350th Anniversary of Punch was celebrated with a big party around Covent Garden: The Big Grin! 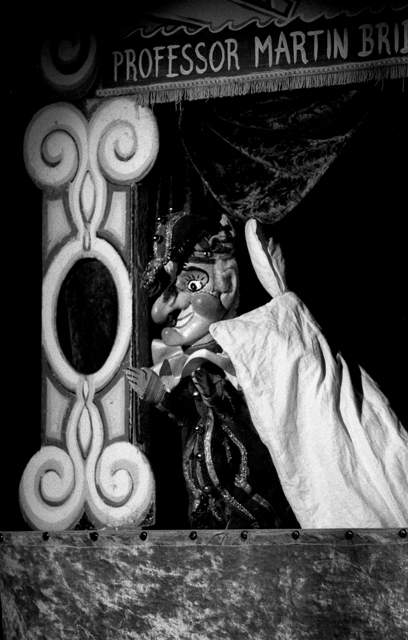 Charles Dickens defended Punch in the following way: “In my opinion the Street Punch is one of those extravagant reliefs from the realities of life which would lose its hold upon the people if it were made moral and instructive. I regard it as quite harmless in its influence and as an outrageous joke which no one in existence would think of regarding as an incentive to any kind of action or as a model for any kind of conduct. It is possible, I think, that one secret source of pleasure very generally derived from this performance… is the satisfaction the spectator feels in the circumstance that likenesses of men and women can be so knocked about, without any pain or suffering.”

Starting the year with Punch and Judy will be the perfect way to charge up one’s energy given the exultant and frenetic nature of this character, capable of playing all the chords of human emotions.