I was ten years old when I saw my first traditional puppet show. I was ten years old when I fell in lovewith “Mubarak”, a love which has lasted through more than half a century and still occupies my whole mind and being. I was twenty years old when compelled by this love, I searched every alley and street of Tehran tofind the old, weary and worn out performers, and bring them back to life and into artistic circles and university art classes, with the hope that others would fall in love with my idols. 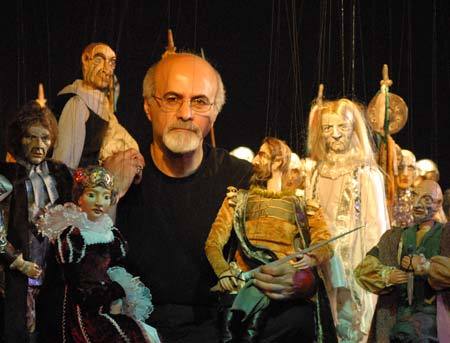 At the time, I imagined I was the only such lover in the world, but soon I realized that I was not and travelled to every corner of the world in order to discover the global fascination with puppetry, meeting admirers of puppet theatre everywhere from Italy, to the UK, India, China, Russia, US, France, Germany, and elsewhere. I was ecstatic to discover that not only I was not alone and was instead only one among millions ofothers who loved puppetry, but also that “Mubarak” is only one among tens of puppets that, for centuries, used comedy and sarcasm to instill hope and put smiles on the faces of men, women, and children who were too often gripped by fear and pain in a world that is full of war, poverty, violence, and destitute. 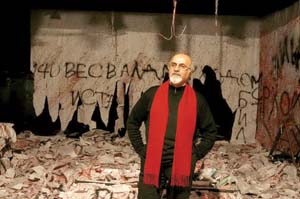 However, it did not take long for me to realize that my colleagues of the wider community of theatricalarts, looked down on puppetry with contempt, and regarded themselves and their stature too high to be a part of its world.

This was when I became intent on defending my beloved, as a warrior would defend a treasure, and to surrender my life to it and the unknown. It was in this period that I grew increasingly appreciative of puppetry as a language as vast and deeply rooted as our age-old capacity for joy and sorrow, melancholy and happiness.

I realized that every puppet is a symbolic representation of the world around us, and a reflection of every person who has lived before us.

This was when I came to fully appreciate why Omar Khayyam, the eminent Persian philosopher, mathematician, and poet-identified the world of man with a puppet performance in his brilliant quatrain:

We are the puppets and fate the puppeteer
This is not a metaphor, but a truth sincere
On this stage, fate for sometime our moves steer
Into the chest of non-existence, one by one disappear.
Behind the shadow drape are me and thee

But when drape shall fall ,me and thee will be dim.

ln my travels, reading and in conversation with other lovers of puppet theatre, it has become increasingly clear to me that the meaning of puppetry manifests with a diversity of forms and flavors in the minds of the various performers in each corner of the world, from that of Chikamatsu Monzaemon, to temple performers, and Sicilian artists, to the imagination and language of the Dhalangs in Indonesia, and from the perspective of the various directors and performers across the globe. 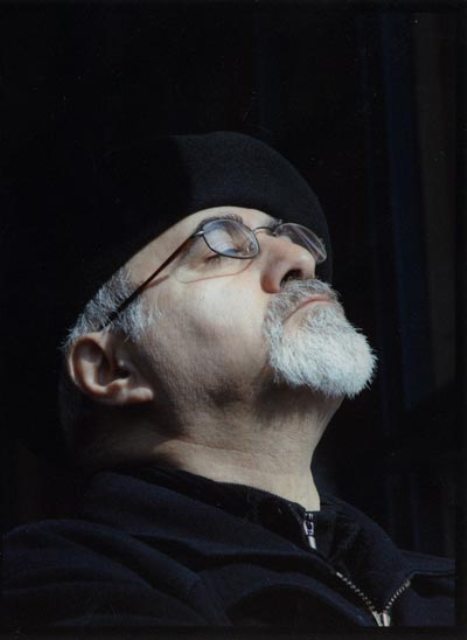 Thus, I came to firmly believe that we can use this thousand year old language of puppetry to critically perceive the world around us, and in doing so draw larger audiences to attend to and fall in love with this ancient art-form.

I hold the deep conviction that the discovery of puppetry has had as much of a transformative effect as the discovery of the wheel, and has been at least as effective in helping to reduce the distances and the communicational rifts between us. 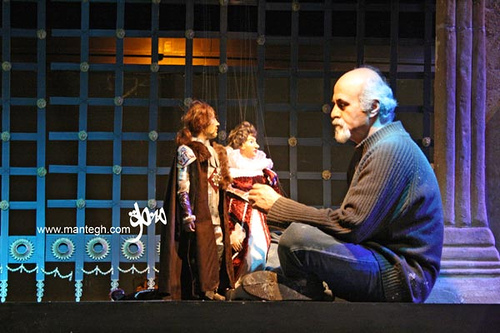 This is perhaps because even a deeply philosophical puppet play has the ability to awaken an element of childhood in the audiences’ consciousness, with which they are emancipated from the illusions of age and time, and discover a fantastical world where objects made of wood and other inanimate materials come to life.

Perhaps the biggest responsibility of any artist in the field of puppetry, regardless of their language, citizenship or background, is to awaken this “child” in the hearts of the millions of fellow human beings who have polluted our world with blood and violence.

Puppetry and us, the admirers of this treasured relic from our ancestors, are thus responsible to help reduce the evil and animosity in our human family, and help remind people of childhood, its joys, and its wonderful dreams… Today is for those who awaken the child within us, the day for all those who love puppetry from the heart: 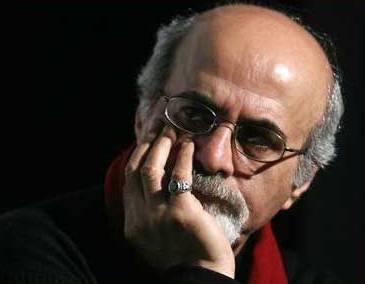 Behrooz Gharibpour was born in Sanandadj (center of Iranian Kurdistan) September 19th, 1950. He has activity in Theatre when he was 14 years old and he continued yet now.

Behrooz Gharibpour acuities to hold in many different areas but all of those were and are in one direction:  extension of cultural space in Iran: as designer and manager.

Behrooz Gharibpour after more than four decades of his artistic life and different National and International  Position and getting International awards and Directing many huge Theatre group as like as “Les Misérables” of Victor Hugo, Uncle Tom Cabin of Harriet Beecher Stowe and so on, focused on puppet theatre again very seriously and found greatest puppet Theatre Group: Aran Puppet Theatre company and parallel created National Opera based on Iranian Music.

Behrooz Gharibpour, Latest predestinates are Honorary Doctor of University of Theatre & Cinema of Georgia -Tbilisi 2013 and Cavalier (Chevalier) from Italy 2015

UNIMA thanks Mani Hamidi for translation from Farsi, Idoya Otegui for the Spanish translation and Fabrice Guilliot for the French one.