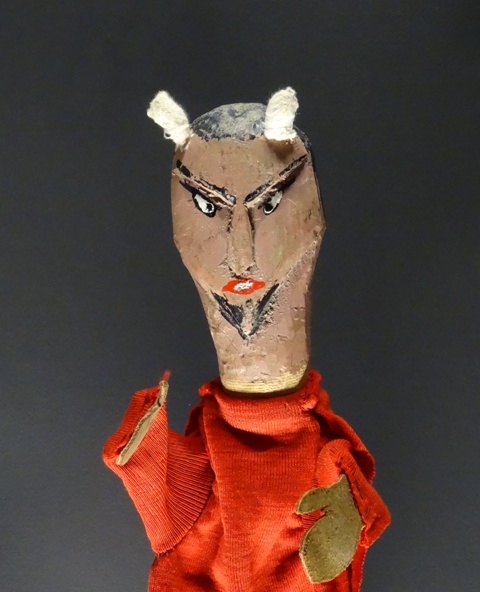 The month of March 2019 marked the seventh anniversary of Puppetring and its sister portals Titeresante and Putxinel·li. The project originated with the aim of creating a media outlet that would be sufficiently open and broad to provide a platform for content related to current practices of puppet theatre. This is a practice which has to be considered as plural, for rarely have we seen a genre –one so clearly defined, until just a few decades ago– that has broken all bounds in an extraordinary push to extend its possible and varied forms of existence.

Observing from a distance, we can define it as an explosion, a kind of theatrical Big Bang that has burst the seams of a genre which many still consider to be a traditional form of theatre for children. And the circular waves of expansion have reached so far that it is difficult to define puppetry any longer as a discrete sector. At Puppetring we like to imagine it as an accordion circle that is open to different hybridisations, according to where an artist locates him or herself. A circle that has the Great Traditions of Puppets and Shadows at its centre which continue to radiate fertile vibrations, with many and varied practitioners within its circumference: close to the centre are those that like to see themselves reflected in traditional models and build on them, others are at a greater distance but without losing the tradition as a reference point, and then there are all those who wish to cross fertilise with different or complementary forms, sometimes miles away.

A great way to get to know today’s rich and multifaceted reality is to visit the festivals that take place on the Iberian Peninsular. Spring and Autumn are excellent periods for puppetry, its offspring and related arts. All combinations are possible: dance, mime and physical theatre, object theatre, puppets, animated dolls, doubles, manikins, machines, robotics, sculpture, shadows, video, large scale, miniatures, flying figures…

By throwing its hat into the ring in support of a multiplicity of forms, the new (and old) puppet theatre has entered the field of the Contemporary as a full member. We understand ‘contemporary’ as referring to ambits open to creativity of thought and the arts which seek to engage with and articulate the remarkable accelerating changes in thought, technology and environment of our planet.

It is notable that so many contemporary artists and creators look to the traditional languages of puppets, shadows and other multiple animated stage figures. Perhaps in search of a language that is closer to the imagination and of material that resists being locked in by the word and human psychology. Material that often proves to be the most innovative and exciting. This is why there is such frequent recourse to objects, which say so much without the need to speak.

And yet, what is delightful and surprising about this new puppet theatre is its reinvention as a space in which both tradition and the avant-garde can cohabit. To be able to see shows of a traditional nature, sometimes hundreds of years old, or even with elements from thousands of years ago, alongside others which have escaped into new hybrid forms is a particularly attractive aspect of the genre.

This year’s Spring and Summer Festivals were, and will be unmissable occasions for enthusiasts of both the old and the new, in these arts of the figure that have always, as far back as we can go in the history of homo sapiens, opened the way without fear or deception to the future of our societies.