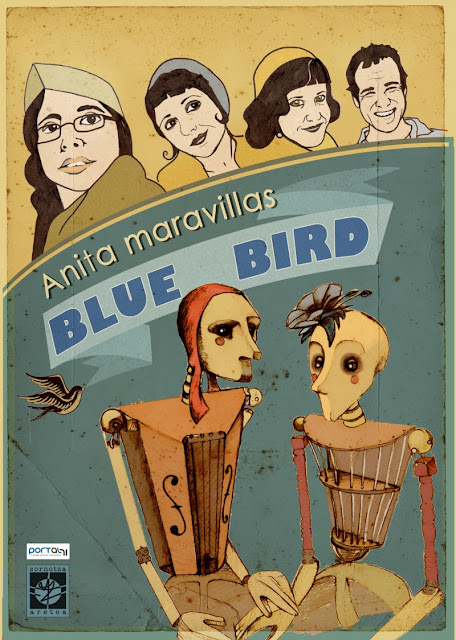 Anita Maravillas is born from their love for puppetry. The company was formed in Barcelona in 2005 in Pepe Otal’s Atelier, Taller de Marionetas. There, the great puppeteer Miren Larrea (Amorebieta) meets the talented actress and puppetry researcher Valentina Raposo (Santiago, Chile). Together they created the company, each of them with a huge suitcase full of good ideas and talent. They were joined by the light technician and coach Iam Agorria (Elorrio). The result of his work was so good that this man was taken on board as part of the crew. Some time later Mireia Nogueras (Barcelona) artist and comic actress joined them as a new member of the company.

Usually they work with the excellent illustrator Eider Eibar. Her drawings full of poetry and beauty inspired them in the creation of many characters and stories.

Anita Maravillas investigates the language of the puppet stage and its relationship with the manipulator, using resources such as meta-fiction to talk about the theater within the theater and the hidden stories of the characters who explain the main script.

The atelier is also an important aspect of the company. There, the crew builds, manufactures, designs, dresses and characterizes each and every one of the puppets and characters in his works. Any style or genre is reviewed by these talented artists and artisans.