Anyone interested in the work of this legendary Czech company can still join the course organized by the Atelier della Luna at the Monastery of Santes Creus, in Catalonia, from 5 to 20 July 2014 (see details here). Good to know that Petr and Matej Forman, born in 1966, are the sons of the great film director Milos Forman. Shortly after the Soviet invasion of Czechoslovakia, the director of “Loves of a blonde” moved to USA. Her wife wasn’t allowed to have a visa to be in the Oscar’s when Forman won the statue with “One Flew Over the Cuckoo’s Nest”. Petr and Matej went with their grandfather, but after they went back home with their mother. Far away from their father, they create the Forman Brothers Theatre Company.

What’s Obludarium? It’s a difficult show to describe or to tell. A big man hitting a hot iron in an anvil gives to the audience the welcome: the next thing isn’t about moderns tricks (technologic ones or other types), is about the power and the ancient witness of the homo faber. 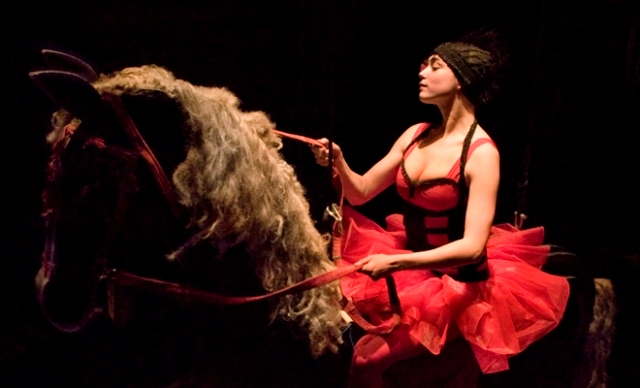 Just after, we see in a window, meanwhile we’re listening a microphone voice, circus scenes: they’re a synthesis of what they will show later. The space is limited, the audience is sited in rows of two floors in half-circles, it seems like an Italian theatre in miniature and the action runs on a kind of swivel floor that Forman’s call “The Monsters’ house”. They are harmless monsters, they surprise us or move us, frequently, they make us laugh…they’re monsters of a lost world, staged there created by the company minds and in a handmade way. The show works without modern electricity, the light is generated by bicycles. Between this unstable light we recognise the puppets, the bicycles, the giant phonograph, the meeting between the ogre and the maid, the woman who flies with her long skirt like a sail, a fish aquarium with incandescent fishes which swims in the air and with them a mermaid who cries; the weight pitcher, the strip-tease of the monkey woman, who turns out to be a dazzling beard woman and finally, a memorable scene, not circus or theatre, but a poetic one: the best three minds in Czechoslovakia, three big heads that any tamer can make them sit.

At the end a woman mount a wood horse which is on the floor. The enormous animal stands up epically in the marquee: a magic, that it’s pure beauty, greet us with the sound of a moving and victorious music.

With this show, tribute to the monsters stop, the Forman make revive to the audience the atmosphere and the wonders of the ancient town festivals. The bothers Petr and Matej invite to go in to another space and time dimension. Here you’re not only a viewer, but a part of the imaginary and wild scenery. 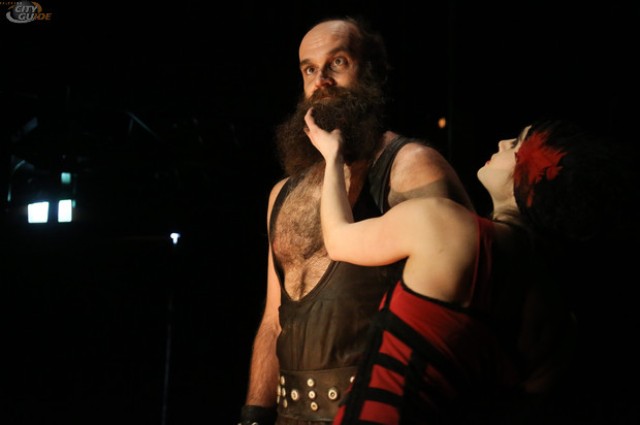 This poetic and nomad vision of the Forman Brothers Theatre bring the commissioners of Atelier della Luna to organise a Masterclass of fifteen days (del 5 al 20 de julio 2014) with Matej and his team, in the Monastery of Santes Creus (Tarragona), with the goal to learn the making techniques of the company and his artistique and dramatist particular vision. 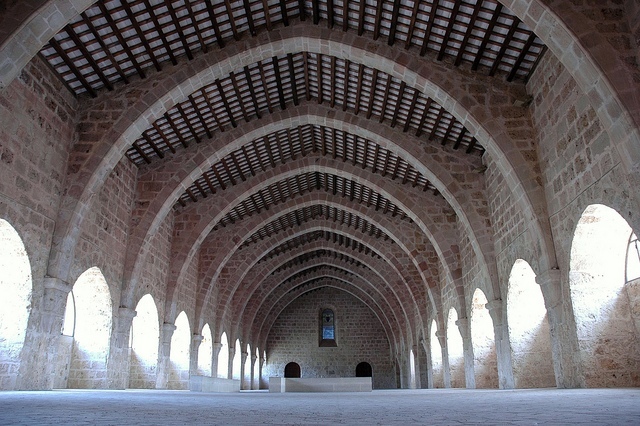 The Monastry of Santes Creus where it will be the workshop.

If you can, don’t miss the journey with Atelier de la Luna, far away from the frenzied rhythm of the daily routine; www.atelierdellaluna.com. 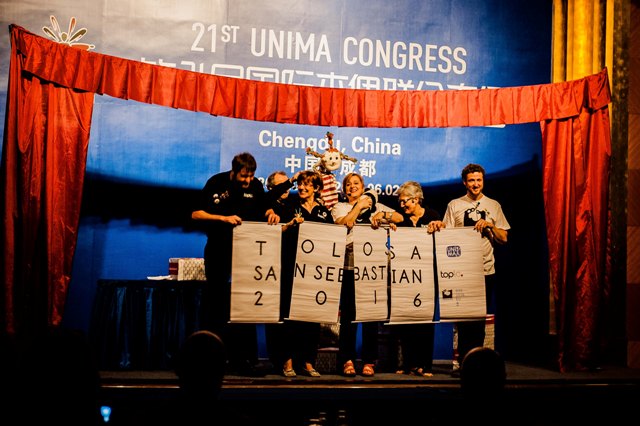