Opened in June 2012 at Granada’s Parque de las Ciencias, the exhibition dedicated to the 30th anniversary of the Spanish puppet company, Etcétera, from Granada is receiving good attendance by the public (see article published in June in Titeresante about the event). This indicates the correctness of the chosen location, the Parque de las Ciencias (transl. Science Park) of Granada in Andalusia, where the large dinosaur skeletons from “Dreaming the Carnival of the Animals”, one of the works by Etcétera, share space and setting with the huge figures of “El Retablo de Maese Pedro”, an opera by Manuel de Falla, one of the company’s last shows — able to fill entire opera houses, such as the Teatro Real in Madrid or the Liceu in Barcelona. 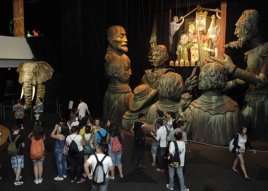 As testimony to the exhibition’s success, all scheduled performances of “Peter and the Wolf” sold out in August, which warranted an extension. To meet public demand, the organization added two more performances on August 17 and 18 at 19:30.

The company is also considering holding several courses and a conference program dedicated to puppetry, its history and its various manifestations around the world. In fact, in order to contextualize the origins of Etcétera, the exhibition shows puppets from different traditions in Africa, Asia and Europe, from Etcétera’s collection, as well as a sample of the puppeteer works of the artist Hermenegildo Lanz, among which can be seen the legendary puppet of the performances he did in friendly, creative complicity with Manuel de Falla, and Federico García Lorca in Granada in 1923. 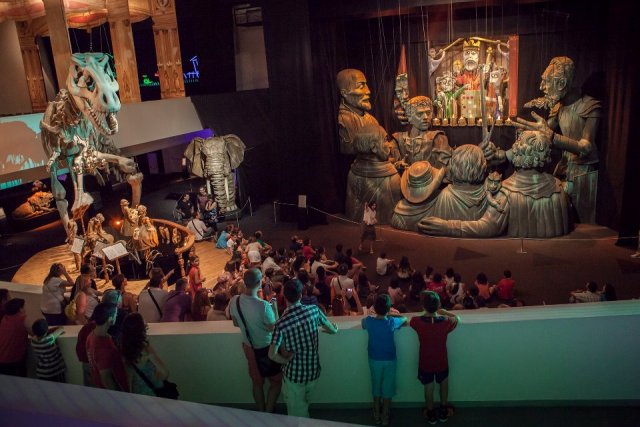 In order to illustrate the exhibition of Etcétera with animated images, attached are two videos about the event and the work of the company.