It is normal for the puppeteers strange things happen to us, for always being surrounded by devils, Vodniks, goblins, and other fantastic creatures. So, what happened in the workshop of Gary Friedman (Australian puppeteer and editor of Puppetrynews) in Bekecsaba, Hungary, is in the logic of things. But it will be much better if Gary explains himself to us the event in their own words:

“After an incredibly inspiring six-week European Workshop tour of Switzerland, Italy, Netherlands, Belgium, France, Spain and Hungary, my final workshop on this leg of the tour was giving a workshop for Napsugár Puppet Theatre in Békéscsaba, southern Hungary last night. 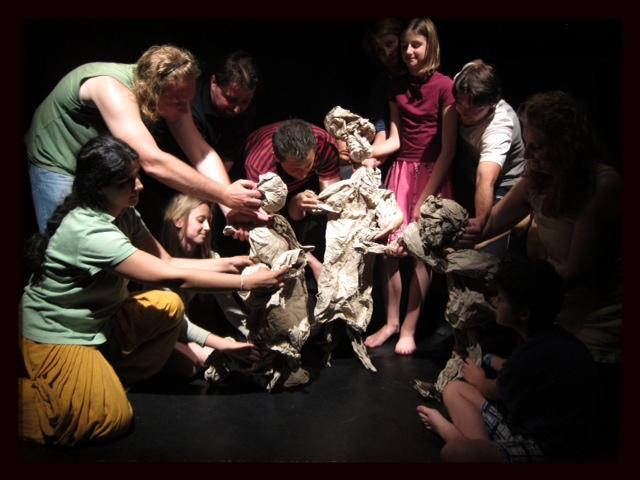 After a wonderfully energetic beginning with dance and Brain Gym, followed by a guided visualisation, we started our ‘Paper Meditation’, where each participant received a large sheet of brown paper on their bodies, as they lie back and relax on the floor. The participants are instructed to keep their eyes closed and explore the paper, in their own time, using all their senses, apart from sight. Some begin to crinkle the paper, others wrap it around their heads and bodies, while some begin to dance with their paper. The exercise relies entirely on self-discovery and as the are working in a dark space, nothing they do can be observed by anyone. 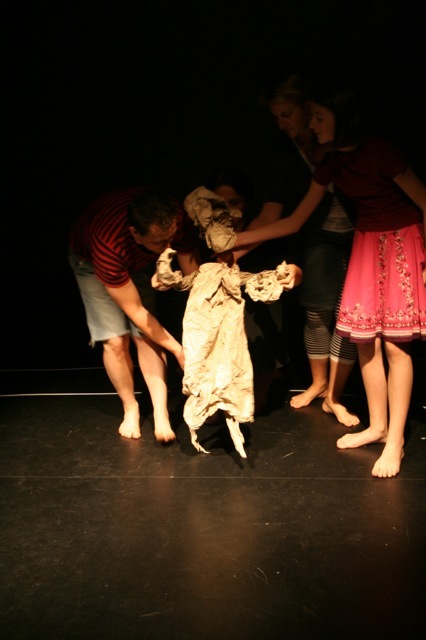 During the sequence I heard a strange whispering in the darkness. I asked the participants to kindly not speak, but rather work alone in the darkness. At the end of the sequence, when the participants were giving their interpretations and feedback, a woman stood up and accused me of hypnotising the participants and calling up he occult. I was, of course, shocked. Another woman started shouting in Hungarian that this was the work of the devil and without any further notice, five of the group jumped up, claiming to be Hungarian Baptist Church members and shouted that I had no right telling anyone to release their fear and relax, as this was strictly in the hands of Christ. They promptly walked out. 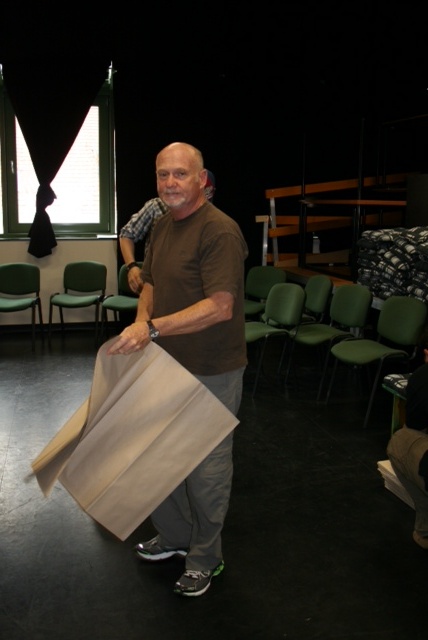 This was the most curious and bizarre reaction to any of the more than twenty days of workshops I’d given anywhere  in Europe. Although the rest of the session was a resounding success, creating some of the most brilliant improvisation sequences I’ve seen thus far, this rather odd reaction left me with the strangest feeling that this world is really made up of some ‘really curious beings’.

Now as I bid Europe farewell, for at least another few months, I fly off to Jakarta, Indonesia for the final leg of my exciting and stimulating workshop tour! “.