With this headline, the grand celebration of Mr. Punch’s anniversary has been announced. It will take place on Saturday 12th May in London’s Covent Garden Piazza, right where Samuel Pepys said he saw the character back in 1662. This is the first written record of Punch, as one can read on the commemorative plaque that was set up in 1962. 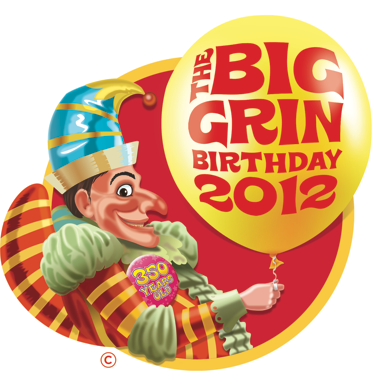 The event looks promisingly bright, colourful and festive. There will be Professors from all over the world, including puppeteers from Japan who will be performing their Punch and Judy Show. And, as is by now traditional, Pulcinella from Naples will be present. Pulcinella – origen of the entire European family of puppets descended from him – will be brought over by two puppeteers: Bruno Leone, considered as one of those chiefly responsible for recuperating this character, and the puppeteer Irene Vecchia, who trained with Bruno and has proved to be a very good Pulcinella.

Professor Glyn Edwards is the man behind the BIG GRIN. He belongs to a family of puppeteers who have performed Punch and Judy on Brighton beach for three generations. Aware of the importance of this anniversary, we contacted him to ask a few questions, which he has kindly answered .

– How does the 350th anniversary of Punch make you feel?
– We are proud of Mr Punch as our national puppet. Most people have heard of him but not everyone knows his full story. Many people think he was banned in recent years for not being Politically Correct. This is to demonstrate very publicly across the country that this is not so and that he continues to bring fun and laughter and – perhaps – folk wisdom.
– Do you think Punch’s days are numbered, or that he’s more alive than ever?
– He is very much alive, with very many performers. Some excellent, some good, some bad and some terrible. We wish the public to understand that every performer is different and that not all Punch and Judy Shows are the same.
– Do you think that Charles Dickens’ justification of Punch is still valid?
– We still use the Dickens argument – but also now refer to video games, cartoons and physical theatre as being comparable in dealing with ‘violence’.
– Do you think Punch will survive the maelstrom of the twenty-first century?
– Yes, the old saying runs that ‘Mr. Punch is too old to die’. He is an archetype constantly re-invigorated by living performers.

We thank Glyn for taking the time to answer our questions. It only remains for us at Puppetring to say that we fully endorse his opinions, as well as to wish him a very happy 350th anniversary celebration of this glorious character.

For more information about the Covent Garden gathering, go to the Big Grin website. We also attach a short promotional clip showing images of the gathering that took place in 1987, on the 325th anniversary of Mr. Punch. 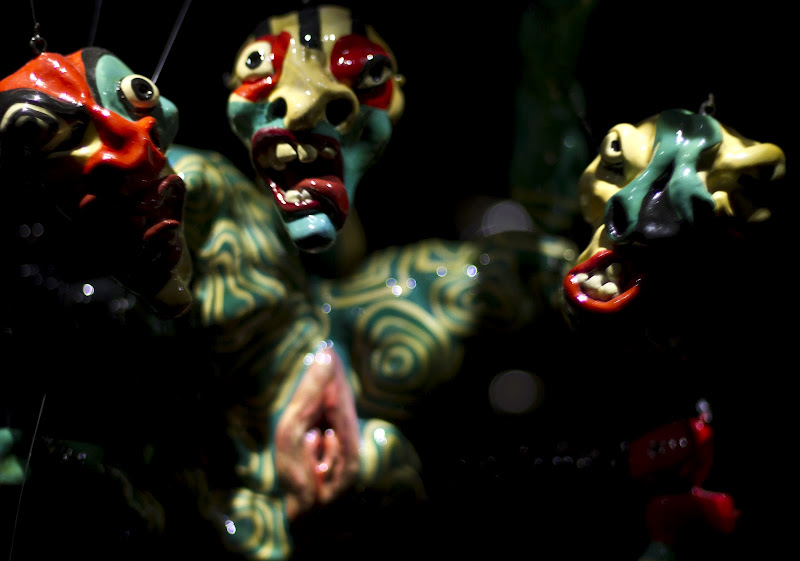