The Festival d’Avignon, France, is well known as one of the biggest theatre events in the world —thanks also to the Off program, where 1,200 shows are performed during three weeks, a big number of them daily. This is the place Institut Ramon Llull chose for promoting Catalan and Balearic performing arts. Now eight different companies with different scenic formats will be there until July 29th as a part of contemporary artistic richness in Catalonia and Balearic Islands. This public institution presented the promotion last June 14th at Antic Teatre in Barcelona and yesterday, July 10th, again in Avignon.

When Vicenç Villatoro, Director, and Àlex Susanna, Associate Director, explained in press conference the reasons to be in Avignon as a collective —with individual economic support—, in fact, they underlined the difficulty of going to such a huge festival and be visible. Of course, many Catalan and Balearic companies had already attended the Off Avignon along the more than 40 years of existance of this festival, but a collective promotion like this needed a previous expectation. So finally, after Catalan culture had been invited to the Book Fair in Frankfurt 2007 and the Biennale of Venice 2009, two of the top cultural events in Europe, the conditions seemed to be set. 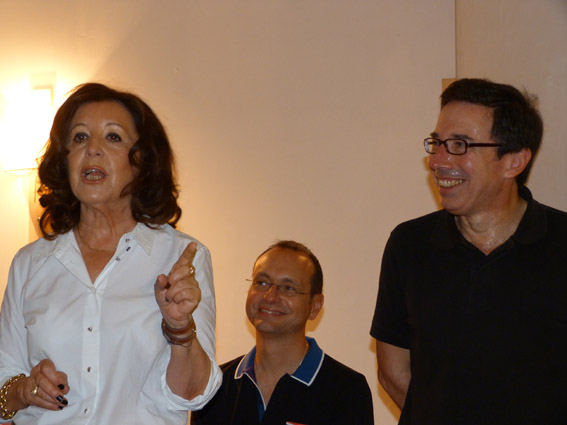 Yesterday, July 10th, a debate was organized at the Espace 40, just by the professionals meeting point. Leaded by Raül Martinez, Delegate of Institut Ramon Llull in Paris, there were also Marie-Josée Roig, Mayor of Avignon, Àlex Susanna and Narcís Puig, International Relations Manager of Temporada Alta Festival in Girona and member of the commission that selected the shows presented in Avignon. In addition, Puig knows very well this festival as he has attended it every year since 20 years ago. Also in the debate participated Emmanuel Serafini, Director of the Les Hivernales creation center, Pascal Keiser and Pierre Holemans, Director and Administration Manager of the La Manufacture centre, both in Avignon.

Is it possible, then, to preview a collaboration context between Avignon and Barcelona? This question gave title to the meeting and opened it to other important questions to be answered —how to make Catalan and Balearic creations be known in France?

Mrs. Roig (belonging to the right wing party UMP) talked first and expressed her willings of collaboration between those territories in Spain and La Provence, in France, come true. She appealed to historical relations and put herself as example, as her family origins and her surname are Catalan. She finished her speech: “Let’s go for a cultural union!” Anyway, the debate did no further go into how this cultural union could be, but rather it was about what is the point of public support to cultural exchanges nowadays.

The competition in Avignon is rough. Hundreds and hundreds of posters hang in all the city center walls and fences. Plenty of flyers are given to all visitors. A bunch of street parades are being made simultaneously at any time of the day. It is definitely overwhelming. For artists, it is an investment —they have to rent theatre space and time for some days, a week, two weeks or the whole festival. They have to print flayers and posters, look for a convenient location. And then often, unfortunately, a good show is not enough. A previous success or an appealing poster may help —as even public support. But still Avignon is an ocean —most of the companies come from France and other collective initiatives are presented at the same time (like seven companies coming from the Loire region with public support of local institutions). 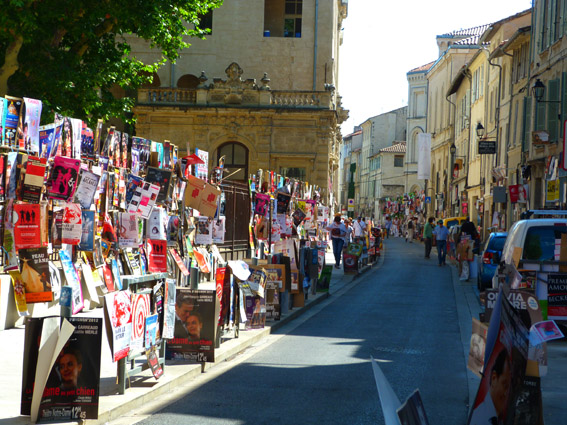 Competition is rough in Avignon.

Though, Catalan and Balearic creativity is currently well known in international festivals and in particular in France. So if Institut Ramon Llull decided to make this operation now is mainly for two reasons: one, encourage artistic creation and the mood of exchange in an international context, to export, to involve Catalan and Balearic artists in other countries’ projects; two, create lasting relationships to continue the task of exportation, besides the current recession. Àlex Susanna stated: “Ramon Llull expects this action can build a stable resource for touring and territorial reciprocity”. “We institutions now have the responsibility of not giving up the culture”, he added.

Institut Ramon Llull has brought to Avignon eight companies. Four of them were selected by a jury of experts and the other four were first going by their own but joined the program. All scenic languages —except pure text theatre— are represented: circus, dance, cabaret, musical, clown and, of course, puppets. Miquel Gallardo with his Companyia Pelmànec and his show ‘Don Juan, memoire amère de moi’ is our man in Avignon. 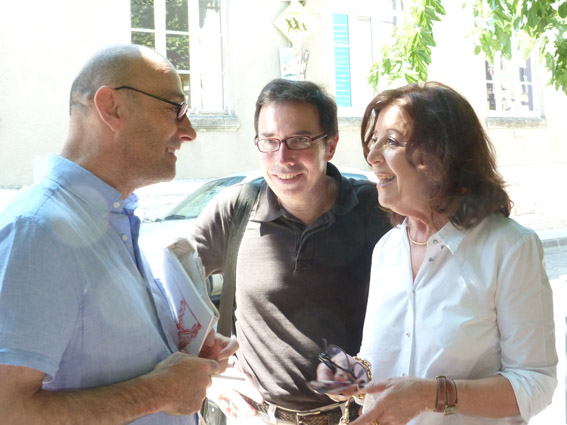 Salvador Sunyer, Artisitc Director of Festival Temporada Alta, in Girona (left), Àlex Susanna and Marie-Josée Roig, talking after the debate and right before the

Absolutely! This is at least the conclusion of the debate held yesterday —although it does not mean it is easy. Emmanuel Serafini, director of the Les Hivernales creation center asked: “How do you view foreigner participation in your own territory or festivals?” And suggested Ramon Llull managers it would be interesting to promote exchanges and co-productions in the area of Avignon.

Every country or institution has its own model and strategy, so it has to build its own way. Institut Français has relatively good results, according to Serafini, so have also Goethe Institut from Germany or the British Council. The difficult thing is how to evaluate the work of all these agencies. Pierre Holemans, Administration Manager of the La Manufacture centre, Avignon, said the help is not necessarily economic. All participants in the debate gave many examples of this, like the agengy from the Flemish region, Belgium, which acts like a cultural embassy.

Again Emmanuel Serafini talked about the policy of going along with the artists —a strategy that got a high level of consensus among the presents in the meeting. Then Raül Martinez asked if such a small selection of shows like the one presented in ‘Avignon à la catalane’ can make the artistic life of a whole culture be known abroad. Narcís Puig answered a lasting collaboration is needed, as they do at the Festival Temporada Alta with their partners in Quebec, for example. “We do not go there and ask what they want to show, but we set an exchange relation.” 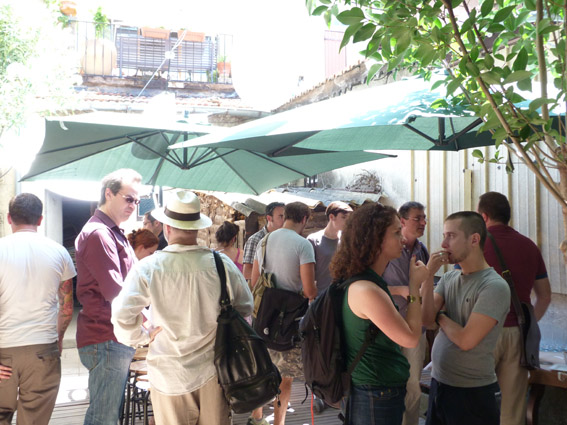 Artists and managers chatting at the

So this seems to be the point. When the artists there were among the attendants were asked, first answered Armando Rabaneda, from the circus company “eia” —they perform the celebrated ‘Capas’: “We know pretty well how it works in France and unfortunately it is not the same in Spain or other countries. In France, if you can reach the audience, if you have success between people, then you reach contractors. So for us the opportunity to be here, given by Institut Ramon Llull, is super important.”

These words answer well an important question that was floating over the presentation: which are the interests of contractors? But there was still something else, unsolved: which are the actions planned by Institut Ramon Llull to reach these contractors, besides bringing the companies to Avignon?

Miquel Gallardo insisted in this difficulty in his intervention: “I had performed in France before, I have been in big festivals like the one in Charleville, but I never encountered such a hard competition like here. For me it is very difficult to go out the street and ask the people to come see my show. I think it’s a good show, and for me it should be enough, besides my puppets are thought and built to play inside a theatre. My work is like that!”

Yes, but yet partnerships make totally sense —and ‘Avignon à la catalane’ is an action in that direction. Pierre Holemans said: “Obviously, the shows have to be good, but they have to be well marked too.” And Emmanuel Serafini described it precisely: “Agencies or institutes are facilitators. They put toghether the culture of the country. Ramon Llull has not made me know the culture of Catalonia and Balearic Islands because I already knew some things, but it has rather made a proposal, showed how it can be like, and offered the possibility to collaborate in 2013, 2014… This is what these agencies have to be for.”

Logo of the operation.