When Blaise Gagnon announced via Facebook he was no longer working at the Festival International des Arts de la Marionnette à Saguenay – ManiganSes, the bankruptcy was already known in Canadian media. Some weeks later, on January 4th 2013, the break was officially declared by the Administration Council. Creditors’ Assembly was yesterday January 28th. Very sad news for the puppetry sector, arts and theatre. 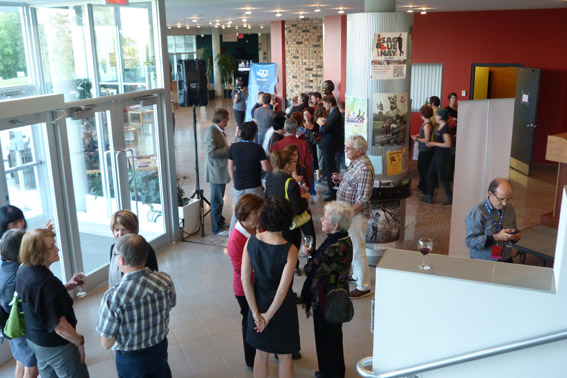 ManiganSes opened last September with an interesting exhibition and show by Théâtre de la Pire Espèce about the life and work of Felix Mirbt. In the picture, the reception of people invitated to the show.

Réjean Laforêt, President of the district Jonquière-Saguenay who has been a member of the Administration Council of ManiganSes for five years, said through Radio Canada they were really sorry about the situation, but it was not sustainable anymore (listen audio here). With a total debt of $600,000 against $125,000 of actives, ManiganSes has yet to face the payment of many creditors. But the economical difficulties were very well known at the closing of 2012 edition, September 23rd, and much possibly before that day, even if last edition had a new financial plan with a budget growth of $150,000 on former editions, according to Mr. Laforêt statements. Furthermore, this year there was a pact for the region with the appointment of Canadian Goverment. In September 13th, at the beginning of the festival, the Government published a note in its website to announce $261,000 of non-repayable funding had been granted under Canada Economic Development’s Community Diversification program. Denis Lebel, Minister of Transport, Infrastructure and Communities and Minister of the Economic Development Agency of Canada for the Regions of Quebec, said: “By lending this financial support to ManiganSes, the Government of Canada is demonstrating its firm commitment to promoting the growth of tourism, a high-yield sector for the regional economy as well as the Quebec and Canadian economies” (read here). 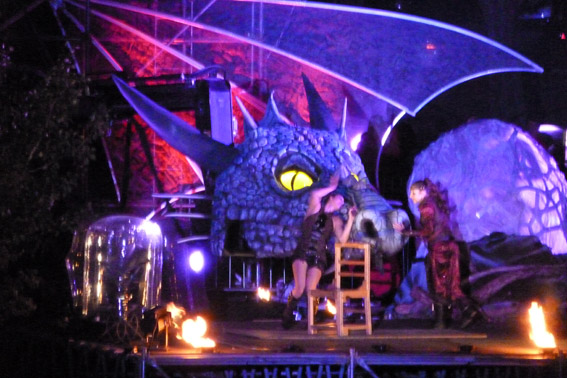 The high cost of the show 'La quête du Dragon' has been pointed as one of the causes of bankruptcy. Not only that, though.

Maybe that is why Blaise Gagnon, who was the Director-General of the festival until December 14th, said he was against the declaration of bankruptcy through a note he sent to Puppetring magazine. “The economical difficulties had been invoked by the members of the Administration Council. They presented the bankruptcy to a trustee”, he told us. As we attended the festival, we know these difficulties existed from the very beginning. “I would have not declared bankruptcy!”, he said, though.

Since the failure was officialy known, some media (among which the magazine ‘Jeu. Revue de théâtre’) pointed at the high cost of 2012 edition as the cause of the current situation. In particular, the production of the street show ‘La quête du Dragon’, written by Éric Chalifour, Artistic Director of the festival, and staged by Louis Gagné, that costed a total amount of half million dollars (see our comment here). Mr. Gagnon did not denied this was the reason why the festival broke, but said it was not only because of that: “’La quête du Dragon’ is not the real cause of this situation, it is just a part of it, like everything in last edition”. Mr. Chalifour has not ever answered to our questions. 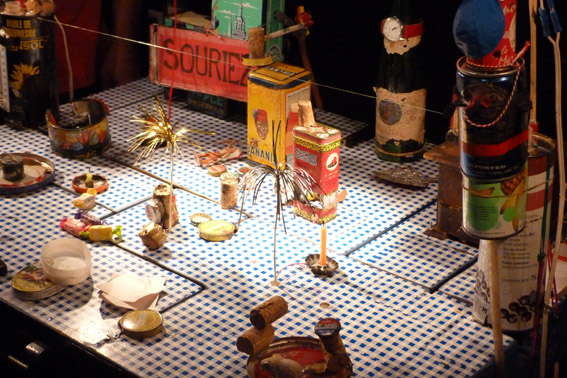 Top shows were in the last edition's program, like this one by the French artist Christian Carrignon, 'Théâtre de cuisine'.

The details of the whole situation have not been revealed. If there were other options before failure or not is something anyone out of the organisation does not know. We do not even know who are the three permanent workers dismissed in December beyond Blaise Gagnon, or, even more worrying for puppetry, if there will be newer editions in the future —no one has answered to this yet. Hopefully, the Administration Council managers and the Canadian Government responsibles will keep on considering puppetry as a good way to achieve the touristic attraction increase of the area as they wanted. And, over all, they should work for the maintaining of the international reputation of a festival that started successfully in 1989. 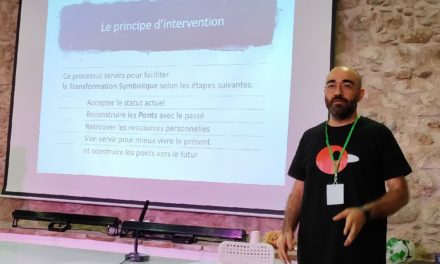