By now it is no longer news that the Putxinel·li Symposium between the mite, the tradició the contemporaneïtat i included in the centenary of the Institut del Teatre of Barcelona, ​​it was a success. The attendees, who filled the auditorium of IT, actively participated in the review, anthropological means, artistic medium and somewhat futuristic character Pulcinella . Desede its origin to some of its most important branches, it became clear that the presence of latent character in Europe and the Middle East is a human manifestation of radicalism, of individual and collective self. From Punch magazine and also on his own behalf, we thank the speakers for their rigor and broadmindedness . 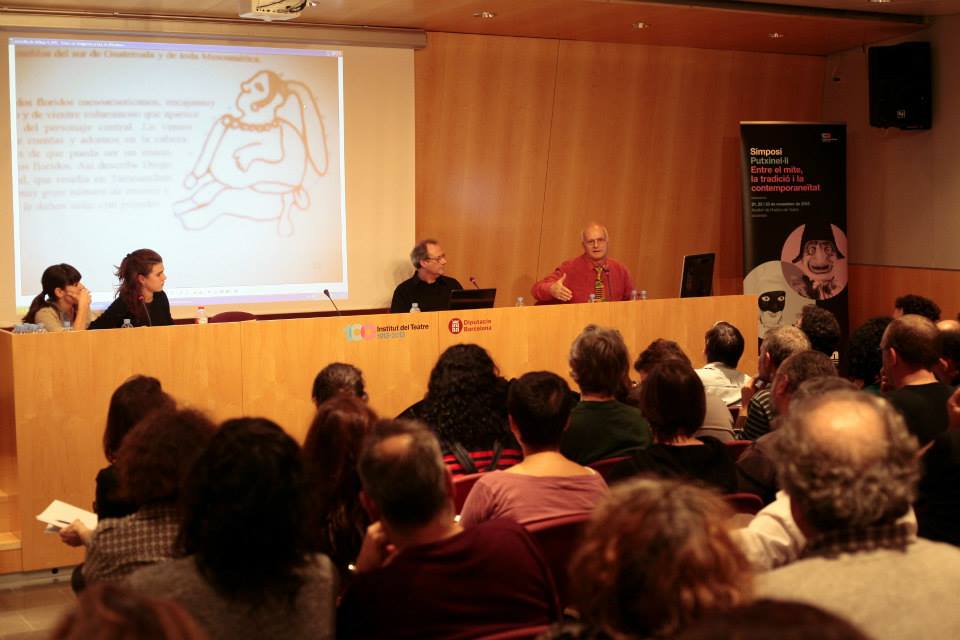 From the first to the last conference, Bruno Leone ( Naples) Karim Dakroub (Beirut ), exhibitions became a critical review of the genealogical map of the puppet. And if you stood Leone atopic character in context, out of time and space, others, like Sebastian Verges, Francisco Cornejo and Luca Ronga, influenced technical aspects and its heritage value. The outlook on the theater of puppets in the Mediterranean was established, intervention after intervention, in these terms, a comprehensive overview of that transcended local, specific, each of the specialists own testimony . 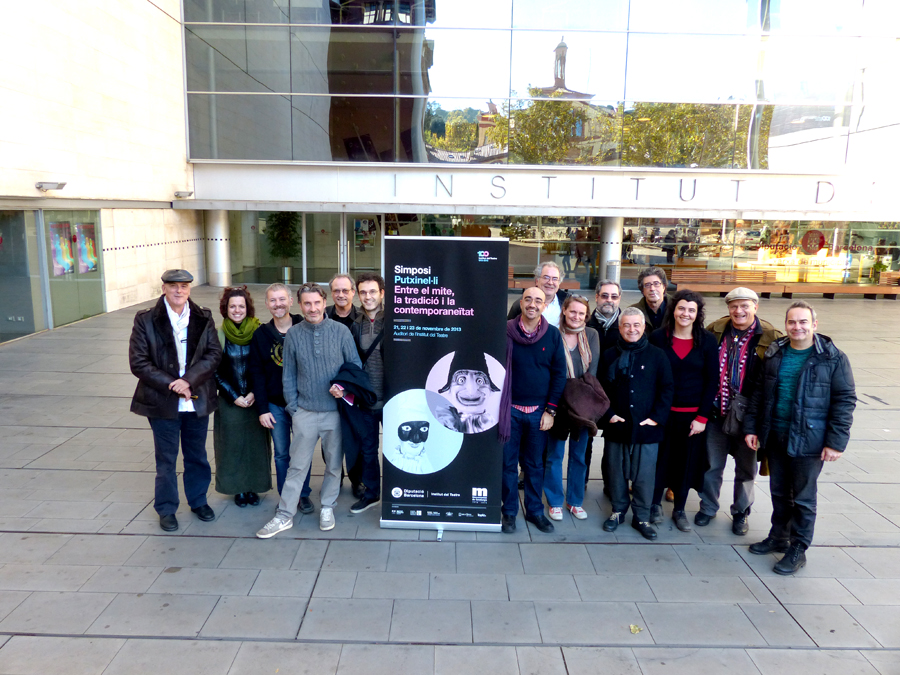 Pulcinella was born in Naples and expands across Europe, but according to Leone – and it was a success that was said in the first lecture of the symposium, there is a truth before the story of this character. Pulcinella meets a human instinct, makes transmitter between the world of the living and the dead. It is something that has also been said many times, but he makes equivalent characters may appear in cultures as far away as the Mayan keeping the same format – mask, glove puppet, tongue or face voice and copresence in the same engraving with priests gods and public child. The same system of analogies which is, as Bruno Leone, including some stories from classical mythology and Catholic . 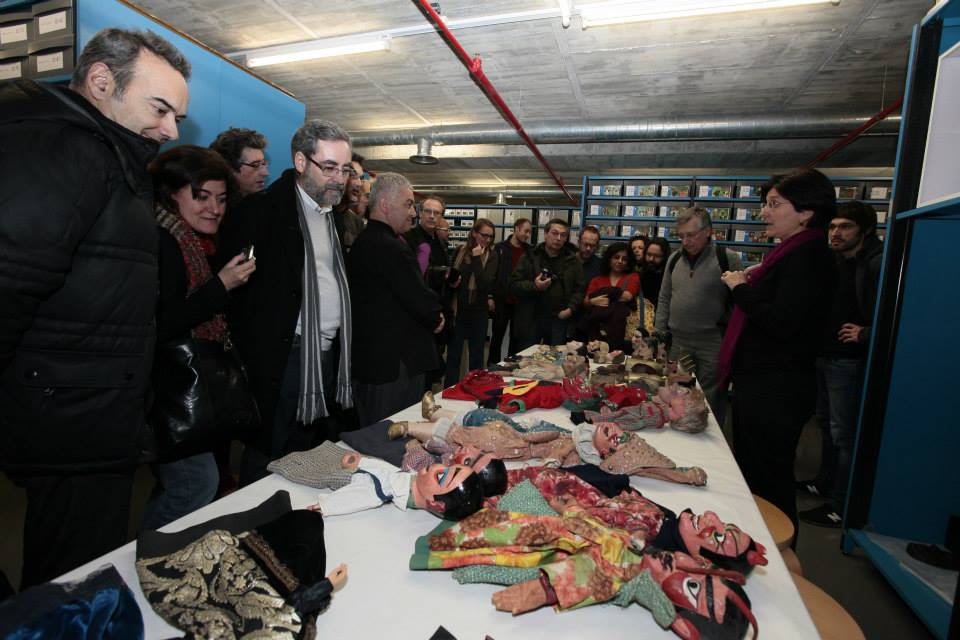 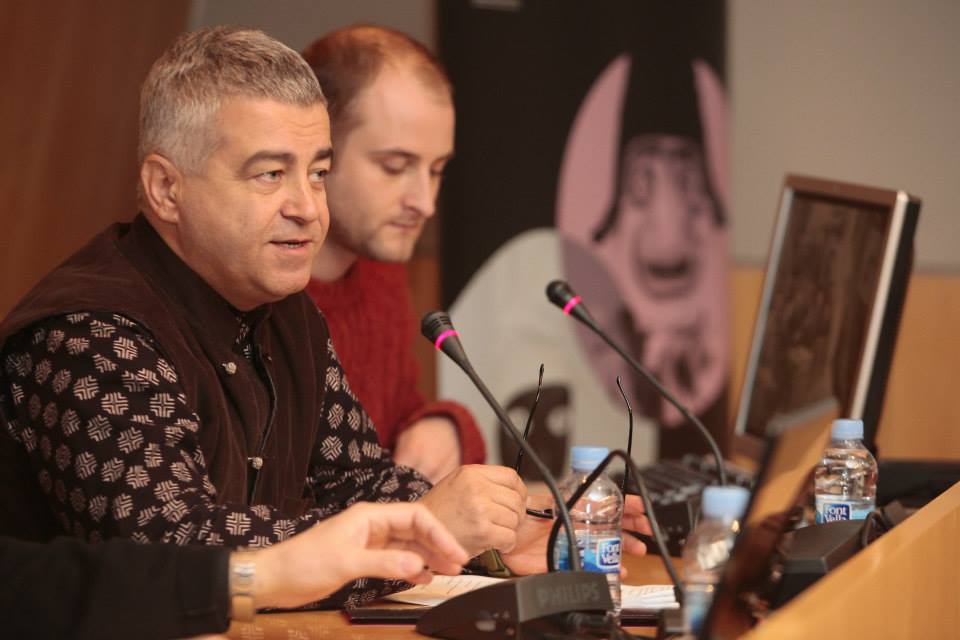 Adolfo Ayuso, in his paper on the research carried out on behalf of the TOPIC of Toulouse to find or reconstruct the features of Don Cristóbal Punchinello, summed it up as follows: ” The important thing is not called as a character, but the character “. And this character, the mask capable of transgressing the social order, which is repeated in the modern Guignol (we talked about it Stephanie Lefort , the Théâtre Guignol de Lyon ) in the Ottoman Karagöz (which explained Cengiz Özek ) and many others. The same character that makes it an important voice in times of crisis of values ​​and social change , which identifies the individual and their concerns and becomes a reference group . 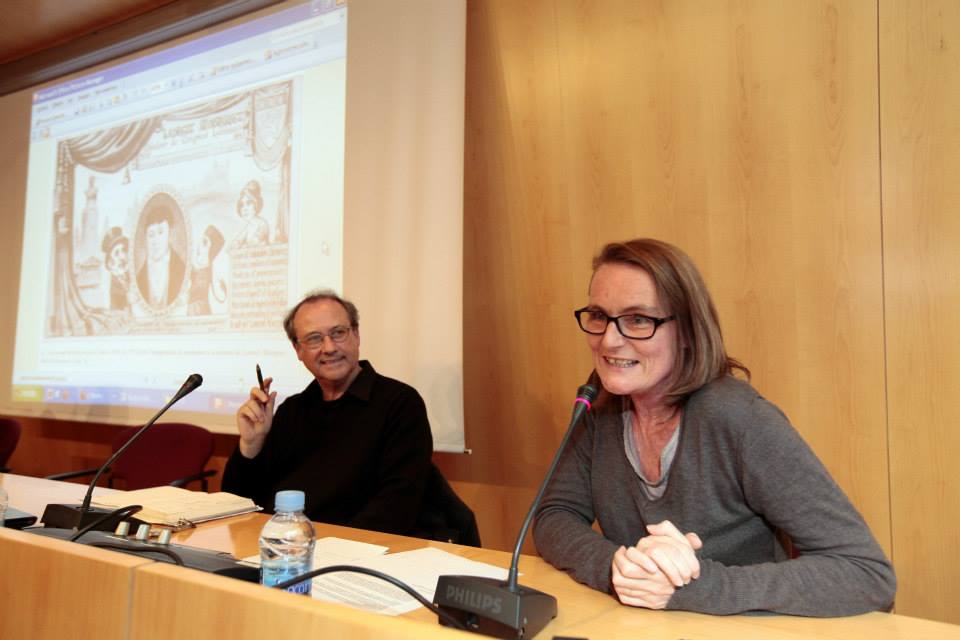 The case of the occurrence of Guignol is especially significant , as Lefort told us . This is because it is well documented and exemplifies the value of a lever that has this ” character ” in society at times. Both speakers and attendees agreed they noted that it is currently one of those periods of history when the irreverent attitude and anti conventions puppet can find fertile ground to grow more roots . Shown by the data : there is a growing number of puppeteers that retrieve the most archaic puppet spirit we confirmed Rute Ribeiro and Luis Vieira , Company A Tarumba Lisbon , who , when asked by Toni Rumbau saying : “It is true that more and more puppeteers that make Dom Roberto ” . They added an interesting nuance: ” They are there increasingly robertos ( name in Portugal is also used generically for the puppet theater ), but people who work specifically with Dom Roberto ” .

Also look for the roots as puppeteers Luca Ronga ( which enters the global character inspired by masters like Salvatore Gatto or Chinese Yeung Faï and closed the symposium with a performance at the Phoenix Room Barcelona behind Jordi Bertran Company and Bruno Leone ) and Eudald Ferré, who , in addition to listening to your show, we saw perform at the Cultural Centre Born ( leed review here , in Catalan). Both spoke of the art of rhythm and personal and theatrical search made ​​about character . The results, in the one case as in the other, are brilliant : dynamic puppets that appeal directly to a primary knowledge of mankind.

Pepe Bablé , Tía Norica of Cadiz , and Sebastià Verges , third generation of puppeteers Catalan , balanced modernity and tradition. Heirs of secular traditions , talked about art, the characters of the characters – indeed , of those characters that are repeated in all traditions , and playwriting . Both of them had a wonderful counterpoint exposure Francisco Cornejo , a professor and researcher at the University of Seville , which clarified what constituted the actual machines . Machines while scenic and real devices because they needed , like any company of actors , a permit from the Crown ; With this designation , the altarpieces or puppet theater in Spain between the seventeenth and nineteenth centuries were known. At this point , coincidences acquired a very high degree of interest : summarizing much real machines were versions of theatrical texts of the Golden made ​​with puppets , as in Catalonia , in the late nineteenth and early twentieth – told us Verges – representation was a part of drama ( booklet version of the play some fashion ) and a comedy ( which appeared in the characters of the puppeteer tradition). And even more: since the late seventeenth century , are closely linked to the character of Punchinello .

It is in the air

Of all the conferences, is a deeper understanding of both the overall puppeteer character of some specific aspects of their (our) history. The most widespread feeling among those attending the symposium was to be repeated. Because it is necessary : at present we must reflect on the collective, on those artistic , theatrical, that make us recognize as individuals , community, people, human beings. The puppet theater is an excellent mirror , as has repeatedly demonstrated throughout history and as the speakers presented different tables Putxinel · li , mite , it tradició i contemporaneïtat . 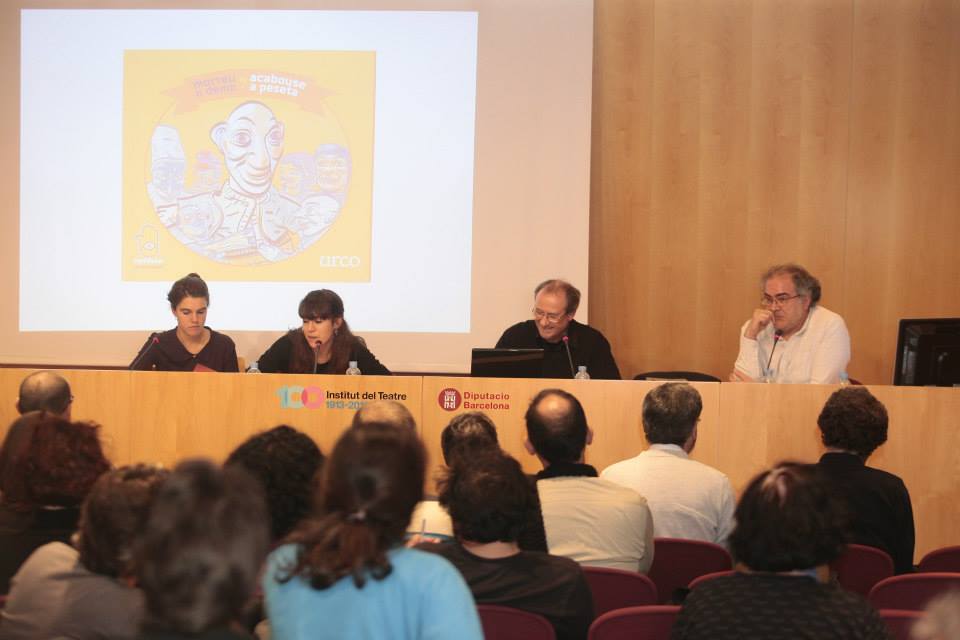 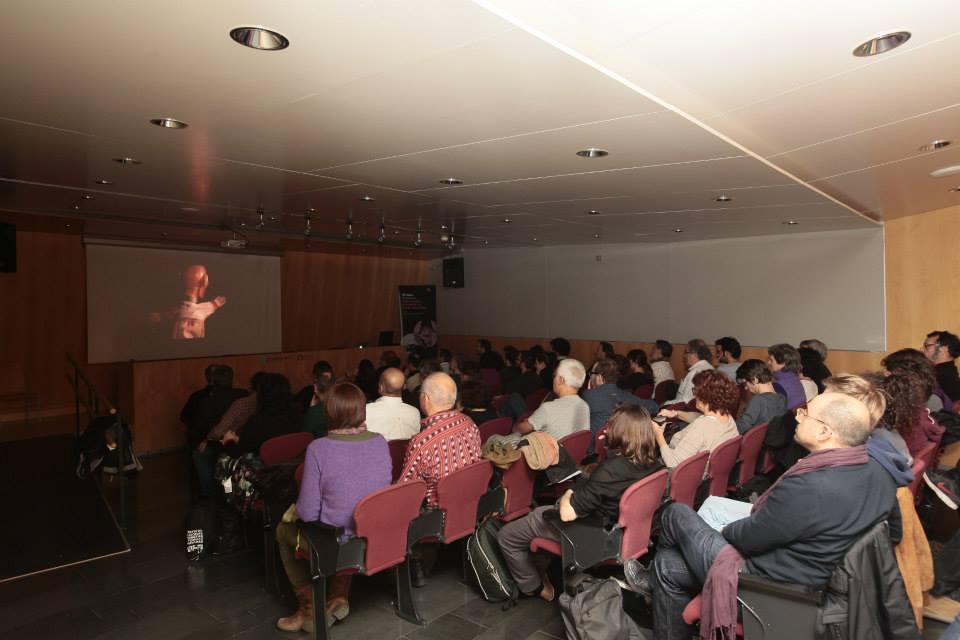 But much work remains to be done. The most stale clichés about gender puppets conditions any cultural programming and social acceptance is not universal by any means. And this is another reason why these symposia , which contribute to the normalization of the puppets in both institutional and private cultural stakes are required . Hence the optimism of attendees and participants : a meeting of this kind took place is already a cause for celebration , that is covered by the Institut del Teatre could be the first step in a well-deserved recognition . Jordi Font , director of the Institute, made ​​a speech praising the values ​​and historical and heritage significance of puppet theater ; promised to resurrect the defunct International Puppet Festival in Barcelona as economic circumstances permit , ensuring that not be considered an extinct but waiting for better times festival , spoke of the weight that the department had Marionette Harry Vernon Tozer in the institution, and wealth that Tozer himself, Dido , Angles and many other puppeteers had given to the Museum of Arts performing as heritage. An interesting and you have to sign the commitment , despite the eclipse of credibility caused because at no time mentioned Puppet School , part of the current structure of the Institute speech. 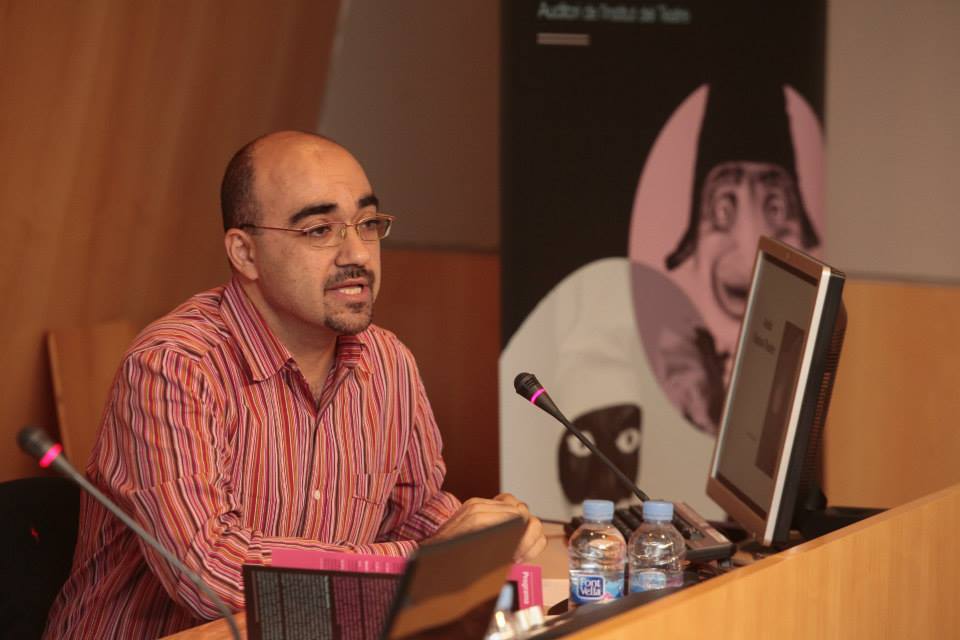 You can not close a summary of the symposium not to mention the shows attended by some of the speakers and participants . The first, a puppeteer cabaret organized by the Casa- Taller Puppet Pepe Otal Association , in which we saw samples of virtuosity with puppets ( Angel Navarro, Theatre Bag of Bones ) , shows puppeteer freshness version puppet ( Marionetes nomads ) and among other proposals experimetales , half work half body animation theater and Putxa Amok and Juliet ( Conduct Zero ) . I mention especially Zero in Conduct and Amok because, apart from referring undisputed puppet body as the company Hugo and Ines and disciples as Robert White, and perhaps part of proposals such as the historic company Mummenschanz , physical theater mix ( Amok ) or dance ( Putxa and Juliet) with the puppets is – at least it seems to me – a land with many possibilities yet to be explored. 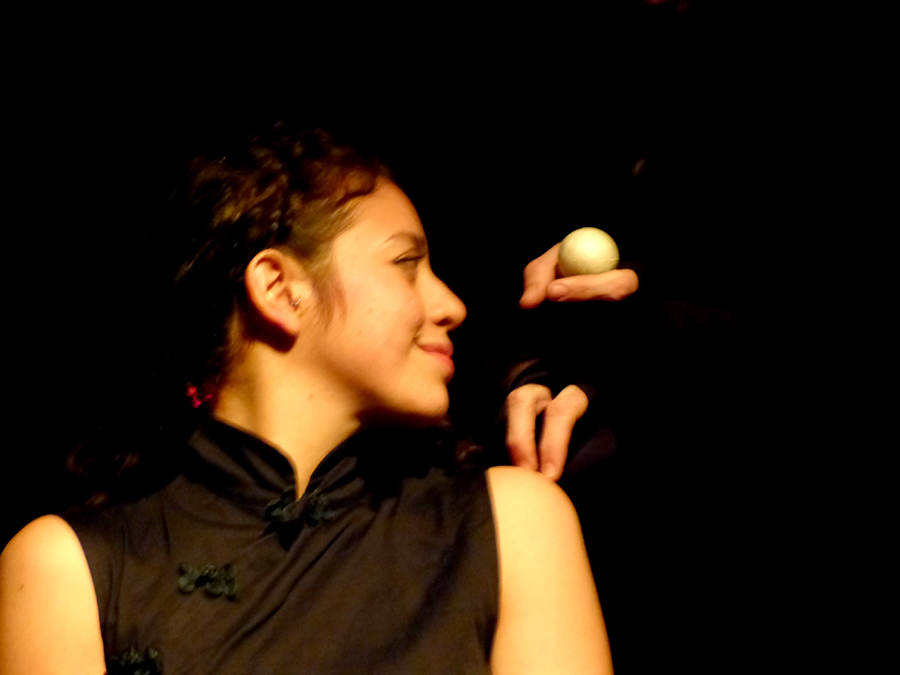 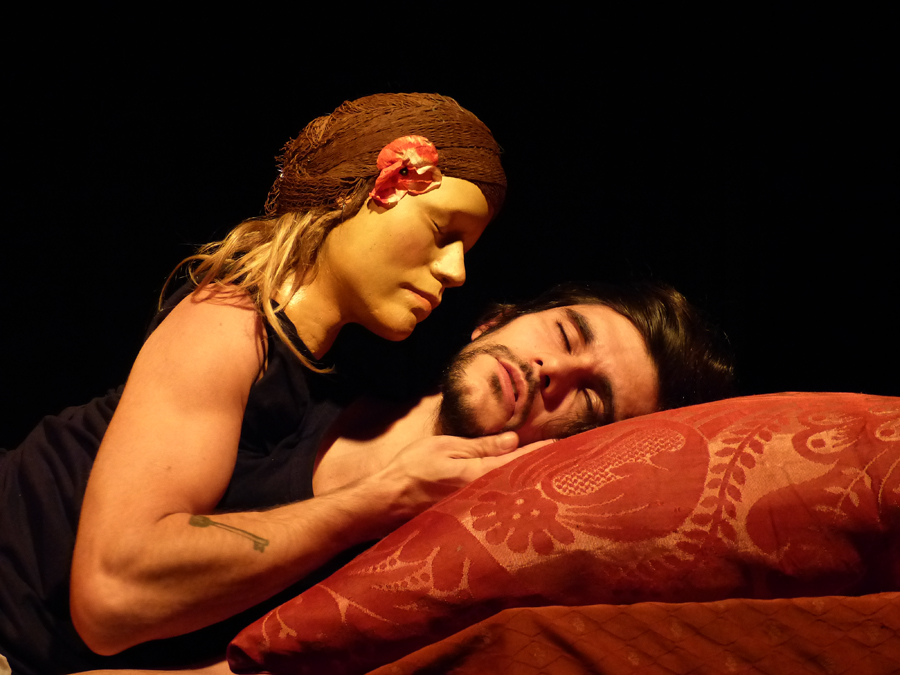 We closed the symposium also saw a well established entertainment company Pa Sucat , with puppet Catalan type Wonders of the East ( it should be emphasized that it was included in the regular programming Puppet Born Cultural Centre , directed by Toni Rumbau ) , Sugar diabetic , Jordi Bertran Company , and display Pulcinellas Bruno Leone and Luca Ronga . All this makes you hungry for more. So hopefully the seeds of future symposia , festivals or programming. 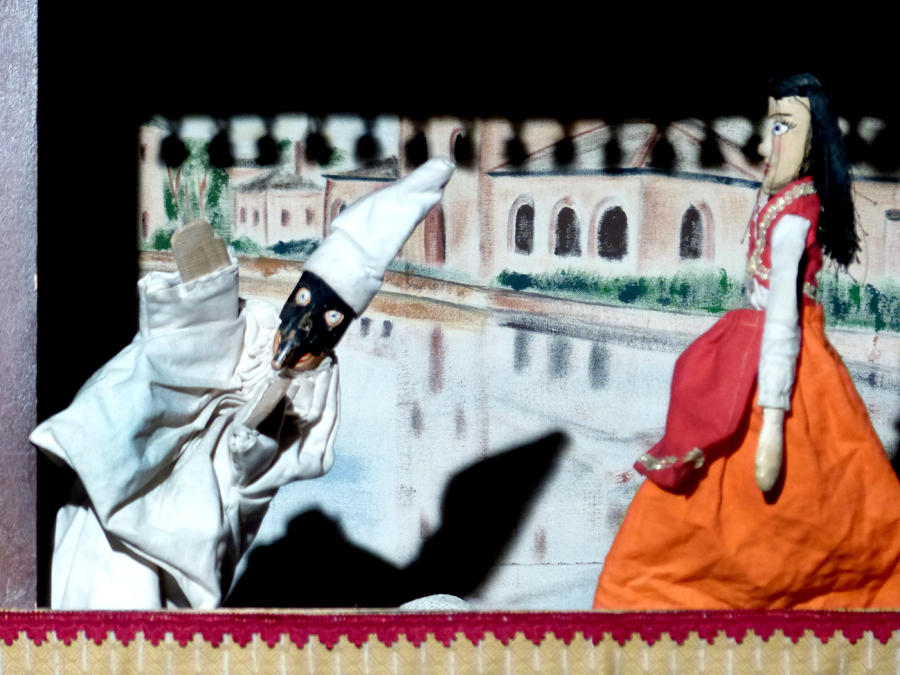 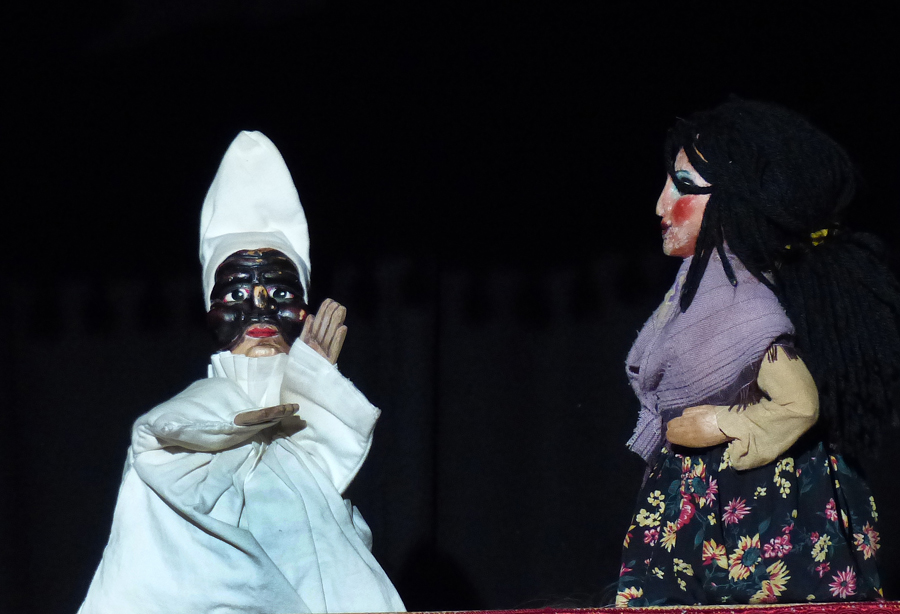 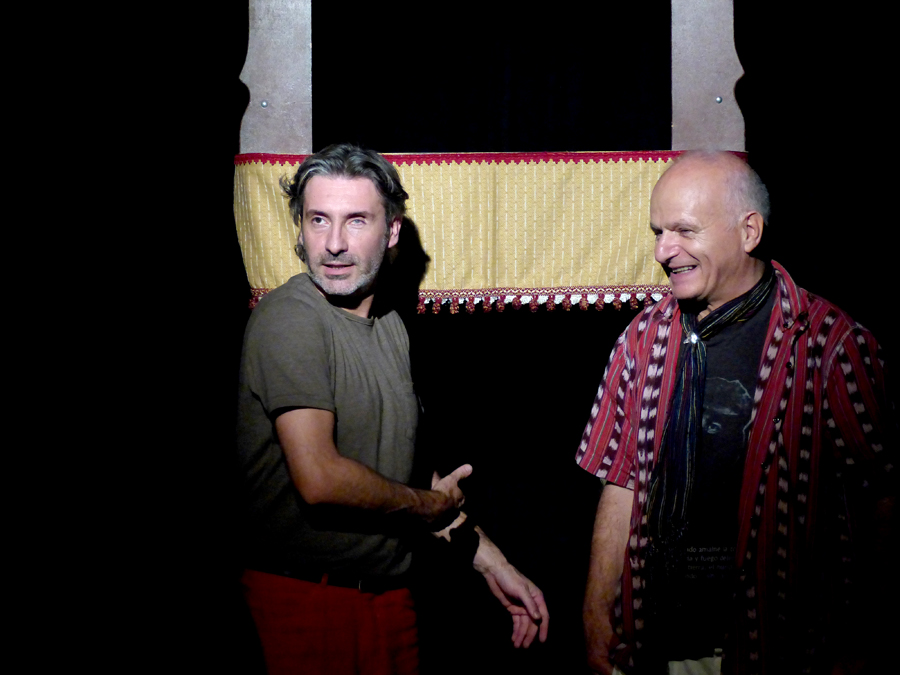